Non–line-of-sight (NLOS) imaging is able to reconstruct hidden objects from indirect light paths that scatter multiple times in the surrounding environment, which is of considerable interest in a wide range of applications.

Prof. Pan Jianwei, Dou Xiankang and Xu Feihu of University of Science and Technology of China (USTC) of the Chinese Academy of Sciences (CAS) have achieved 1.43 kilometers of long-distance NLOS imaging in international experiments, raising the imaging distance from meters to kilometers for the first time.

It opens up a new road for the development of non-field of view imaging technology and its application in the actual scene. The result was published in the internationally renowned academic journal Proceedings of the National Academy of Sciences.

In hardware, the group developed a high-efficiency, low-noise NLOS imaging system at near-infrared wavelength based on a dual-telescope confocal optical design. In software, the group adopted a convex optimizer, equipped with a tailored spatial-temporal kernel expressed using three-dimensional matrix, to mitigate the effect of the spatial-temporal broadening over long standoffs. 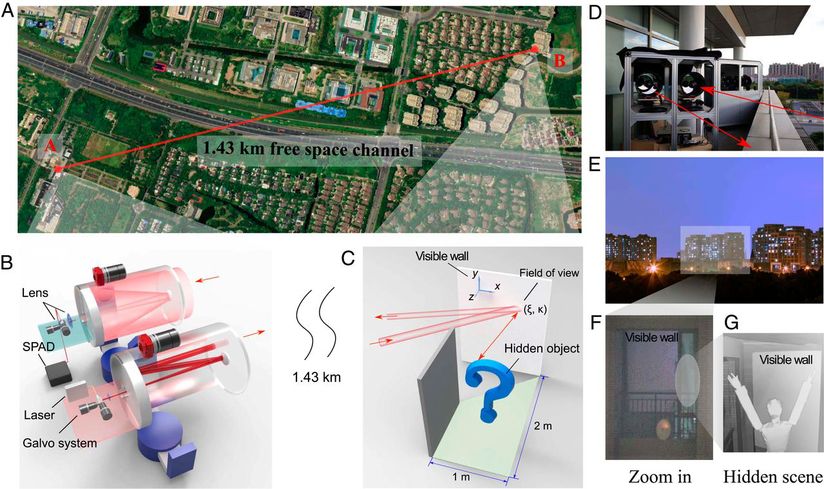 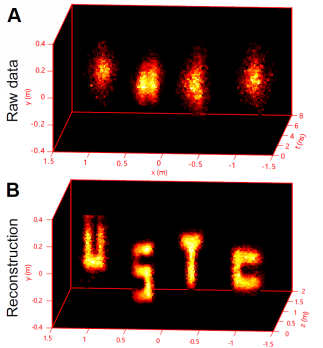 Together, these enabled the demonstration of NLOS imaging and real-time tracking of hidden objects over a distance of 1.43 km.

The results will open venues for the development of NLOS imaging techniques and relevant applications to real-world conditions.