Quantum coherence is an essential feature of quantum mechanics which is popularly known through the concept of “Schrödinger’s cat” . It is this character that made the superposition of quantum states possible, raising the prospect of processing quantum information.

Recently, research group lead by Prof. GUO Guangcan from University of Science and Technology of China (USTC) demonstrated the relationship between the degree of spatial indistinguishability and the amount of accordingly generated coherence for identical particle by optical experiments.

Coherence in single particle systems came from the superposition of multiple computational bases, while stacking up several single particles in a system can bring another type of coherence, which came from the indistinguishability of particles themselves. Recently, Prof. LI Chuanfeng, Asst. Prof. XU Jinshi and Res. Asst. SUN Kai from USTC successfully demonstrated this contribution to coherence in identical particle system, showing that its amount directly relate to the degree of indistinguishability. Related work is published in Proceedings of the National Academy of Sciences.

With the self-developed photonic architecture, they successfully observed the operational advantage of indistinguishability-based coherence in a phase discrimination task. This result paved the road for reliable and efficient  quantum information processing in the future. They further proved the viability of testing the particle statistics influence on coherence production and phase discrimination with such experiment setup. Moreover, this setup also provided feasibility for handling bosons and fermions with one device. 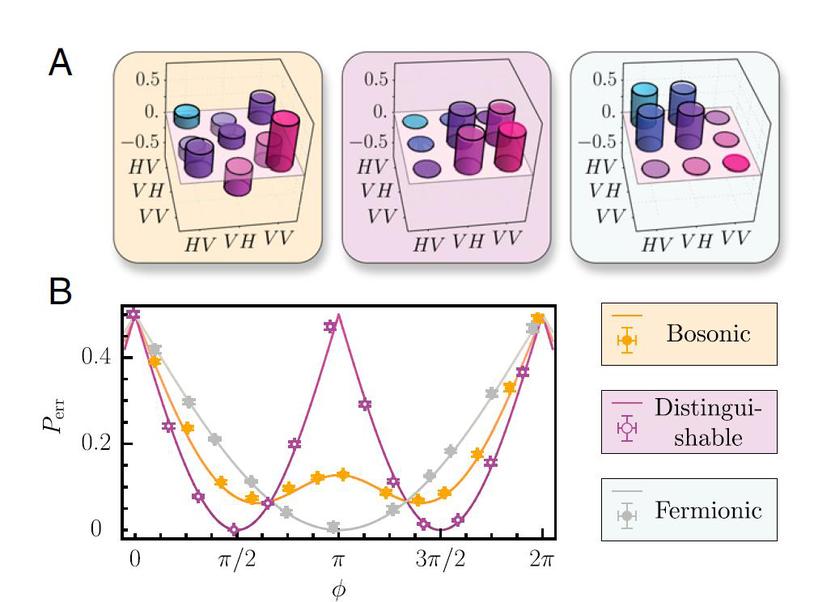