Heat can propagate in the form of wave in some specific mediums, which is similar to the propagation pattern of sound. Thus, researchers name it “second sound” to distinguish it from original sound (namely first sound). Second sound is a mysterious while significant project to investigate on, for the successful observation of second wave attenuation can prove the dynamic scaling theory. In a film shot in 1963, Alfred Leitner introduced how to measure second sound with helium 2. But furthering this study was hindered by the narrow critical region and specific medium requirement. 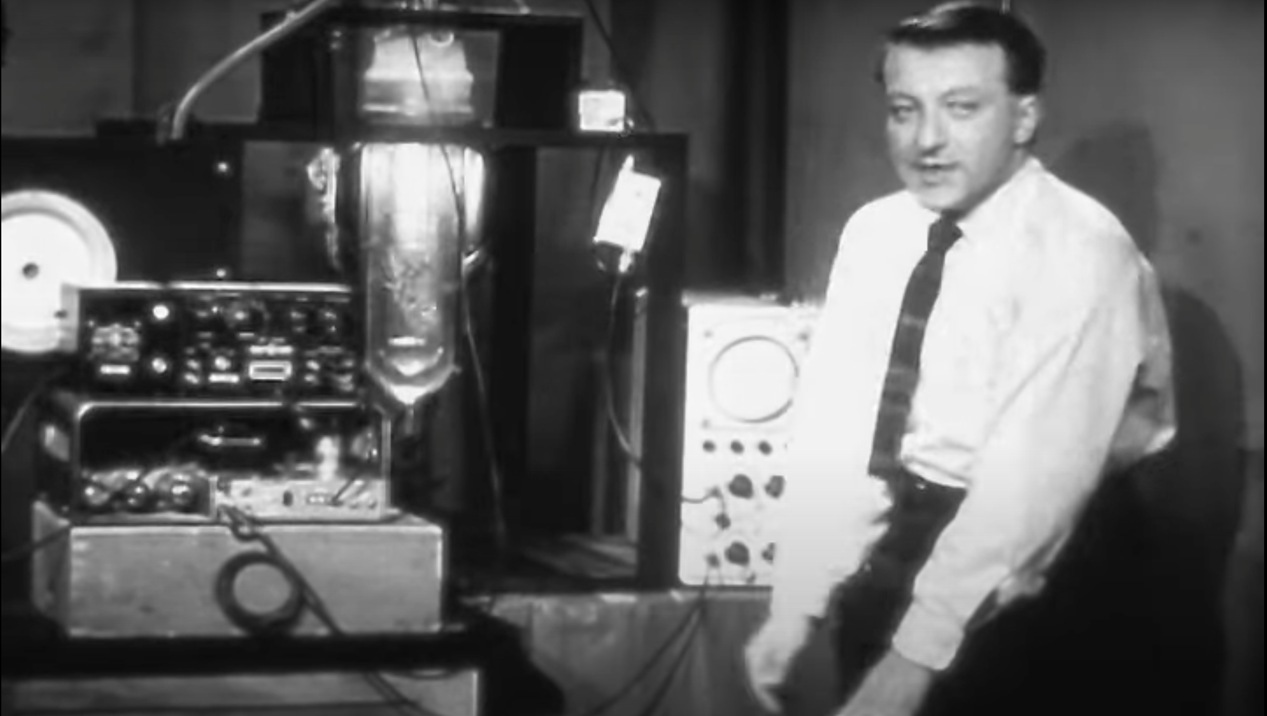 A 1963 film by Alfred Leitner demonstrating the remarkable properties of liquid helium when cooled below the lambda point (the superfluid state). Heat is conducted at 20 M/s in a way which is totally different from convention heat conduction. (Image by youtube)

Measurement of second sound attenuation near quantum criticality was a conundrum until recently. A group led by Prof. PAN Jianwei from the University of Science and Technology of China (USTC) of the Chinese Academy of Sciences and his collaborators recently developed sophisticated setup and measured the second sound attenuation. The experimental results proved the existing dynamic scaling theory while opening up the path to systematic exploration of quantum critical region. This work was published in Science on February 3.

First sound transports in the air, while second sound can be observed in superfluid and some dielectric crystals. Being the frequently used medium in studying second sound, superfluid helium is hard to handle: this liquid has a viscosity of zero, which leads it to creep along the container automatically as long as it stays in the superfluid state. 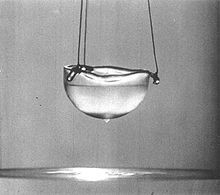 The liquid helium is in the superfluid phase. A thin invisible film creeps up the inside wall of the bowl and down on the outside. A drop forms. It will fall off into the liquid helium below. This will repeat until the cup is empty—provided the liquid remains superfluid. (Image by Wikipedia)

The team led by Prof. PAN chose a homogeneous unitary Fermi gas of lithium-6 rather than helium as the medium for the observation, which enhanced the controllability of the experiment. The successful development of Bragg spectroscopy technique with small wave number and high energy resolution also facilitated their study.

Based on their ultra-cold lithium-dysprosium atomic quantum simulation platform, Prof. PAN and his group not only determined transport coefficients, conductivity and viscosity coefficients with elevated accuracy, but also verified the predictions of dynamic scaling theory.

Their result confirmed the prospects of research on strongly interacting quantum many-body systems, while providing the prototype of experimental setup for homogeneous Fermi superfluid study. By accomplishing this work, they also testified the fundamental theories in quantum simulation, illuminating the way to the improvement of quantum communication.