Dr. HE Zhicheng and his coworkers from the University of Science and Technology of China (USTC) of the Chinese Academy of Sciences created a new way to measure the physical properties of galactic ionized gas, and discovered the acceleration of quasar outflows at the scale of tens of parsecs for the first time. Their paper was published on Science Advances.

According to modern theories on galactic formation and evolution, the mechanism of Active Galactic Nuclei (AGN) feedback suggests that the gigantic black hole at a galactic center modulates its evolution by blowing ionized gas, namely the quasar outflow, preventing a potential oversized growth of black hole. The outflow, which transports matter and energy to host galaxies, serves as one of the predominant ways of AGN feedback.

However, little was known about the outflow of active galaxies, for a key factor, the scale of outflows was mainly deduced from spectroscopic blueshifted adsorption lines (BAL). The obtained results were not reliable enough due to its heavy reliance on models.

Dr. HE developed a new approach based on his previous studies. He proposed that BAL variation could be a powerful tool in probing outflows. In this work, he advanced this method by considering both the amplitude and the phase of the function which describes the response of ionized gas under radiation. They obtained the kinetic information regarding quasar outflows, and discovered the acceleration at a scale of tens of parsecs for the first time, which far exceeded that predicted by the traditional accretion disk wind model.

Interstellar dusts could be a major reason for the acceleration, as proposed by Dr. HE and other fellow scholars, since the cross section between dusts and accretion disk ultraviolet radiation far exceeds that of Thomson scattering of free electrons. Their calculations proved this hypothesis, and the speculated scale of outflow origin matched that of the dust ring, firmly supporting their theory.

The findings indicated that dusts did play an important role in the linkage between accretion disk radiation and interstellar media, and the significant effect of outflows on host galaxies was proven as well. The findings were also consistent with the evidence of outflows’ suppression on star formations, which was discovered recently by Dr. HE and his collaborators. 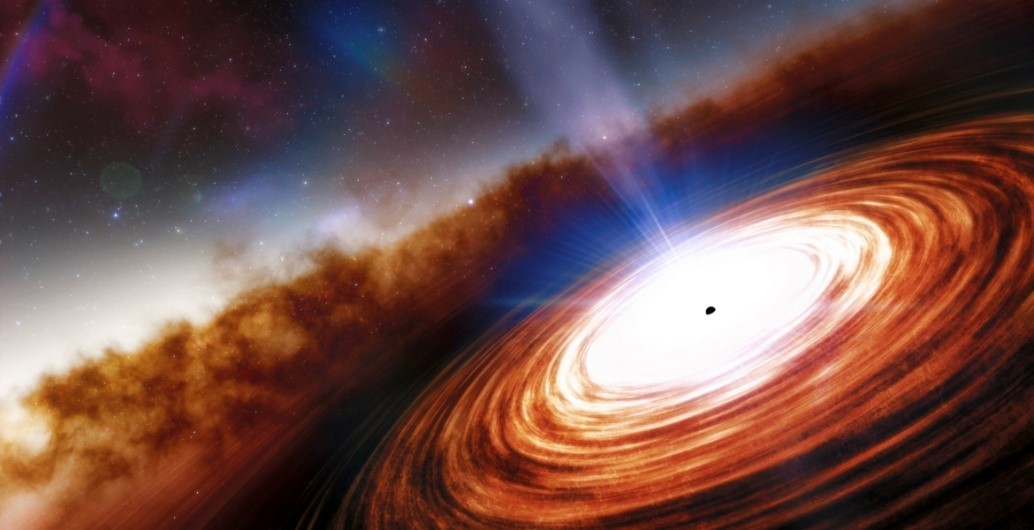