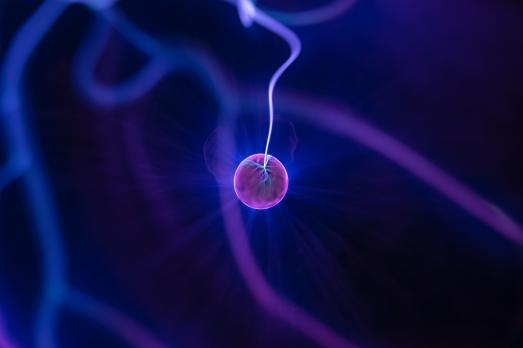 The cold atom system is an ideal experimental platform for studying quantum physics, as well as an important physical system for experimental research on quantum simulation, quantum computing, and quantum precision measurement. One of the core experimental techniques in the cold atom system is high-resolution single-particle imaging. In the past ten years, the microscopic imaging technology of the cold atom system has developed rapidly. However, the newly developed technologies are still limited by the fundamental optical diffraction limit, and the resolution can only reach the order of optical wavelength. It is difficult to study quantum phenomena related to the details of the wave function. The study of such problems requires optical super-resolution imaging.

In this experiment, the research team adopted the main idea of the Stimulated Emission Depletion (STED) microscopy in the classical super-resolution imaging field, combined with the atomic quantum state initialization and reading technology of the cold atom system, and realized super-resolved imaging of a single cold atom (ion) directly for the first time. Experimental results show that the spatial resolution of the imaging method can exceed the diffraction limit by more than one order, and the imaging resolution of 175 nm can be achieved by using an objective lens with a numerical aperture of only 0.1. In order to further demonstrate the time resolution advantage of this method, the research team achieved both a time resolution of 50 ns and a single ion positioning accuracy of 10 nm, and used this method to clearly capture the rapid harmonic oscillations of the ion in the trap. Theoretically, by increasing the numerical aperture of the imaging objective and the center extinction ratio of the depleted light (the doughnut spot), the spatial resolution can be further improved to below 10 nm.

This experimental technique can be extended to the multi-body and correlation measurement of cold atom systems, and it has good compatibility with other cold atom systems. It can be applied to optical lattices, neutral atom optical tweezers, and cold atom-ion hybrid systems. The reviewers gave highly positive comments on this work: The crucial missing tools corresponding to the realization of the atomic position detection with the potential of reaching the spatial resolution of a single motional quanta at reasonably high motional frequencies has been proposed and demonstrated in this work.”