From June 4 to 6, the 4th China Undergraduate Physics Tournament (CUPT) (East China Region) was successfully held at the Minhang Campus of East China Normal University. After four intensive rounds, a team of seven students from the University of Science and Technology of China (USTC) stood out and won first place in the total score. WEI Boyi and YANG Chen were awarded as Best Reporter and WANG Runqi as Best Reviewer. 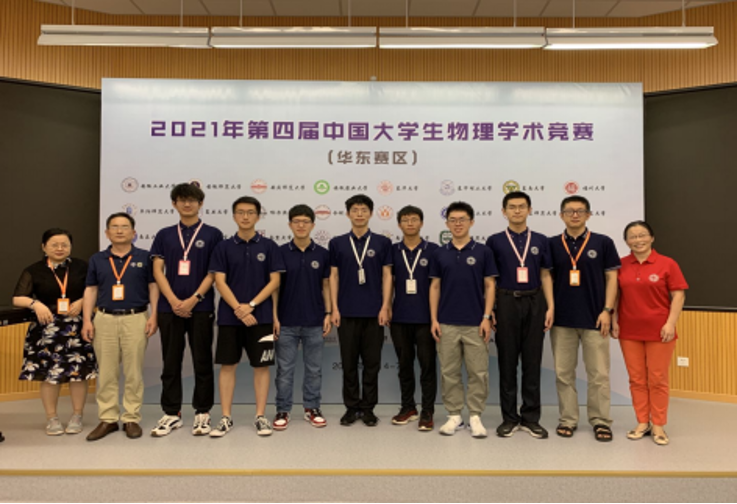 The university team of seven students and four coaches celebrating the winning of CUPT. (Image by Physics Experiment Teaching Center)

Thirty-nine teams from the East China region participated in four rounds of competition on 17 open-ended inquiry problems in 13 fields. Rather than a pen-to-paper competition, the CUPT is conclusions-oriented and an enactment of a scientific discussion. In each round, a team will debate as a reporter, opponent, or reviewer. 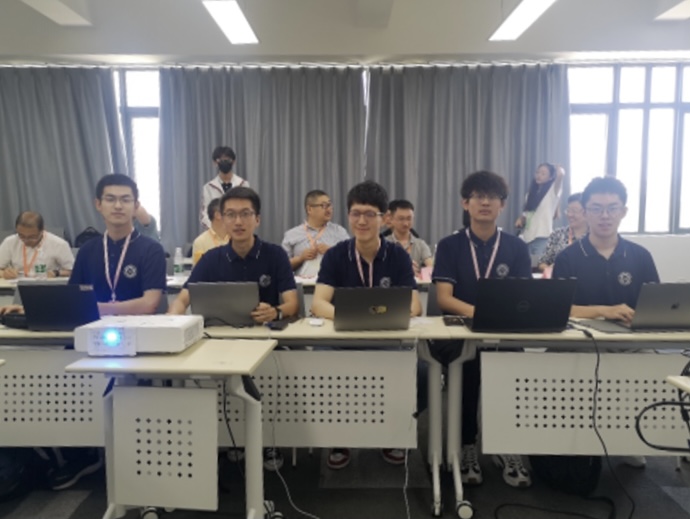 The USTC team is working on the inquiry problems. (Image by Physics Experiment Teaching Center.)

The participating students were selected from the winning teams of the intramural competition of USTC held in April and the 3rd Anhui China Undergraduate Physics Tournament held in late May. With the support of the Undergraduate Education Office and School of Physical Sciences, the teachers from Physics Experiment Teaching Center prepared experiment equipment and trained the participants.

Following the prevention and control requirements of COVID-19, the hosts, East China Normal University and Shanghai Physical Society, and the participating universities were fully prepared for the offline competition to ensure the safety and success of the event.

Supported by the Ministry of Education, the CUPT is a national physics event and an important innovative competition activity for college students. It is an academic physics competition for undergraduates in the form of team academic presentations, discussions, debates and confrontations.

Awards won by the team. The left reads “USTC wins the first prize of group” and the right ones read “WEI Boyi and YANG Chen wins the Best Reporter” and “WANG Runqi wins the Best Reviewer”. (Image by Physics Experiment Teaching Center)