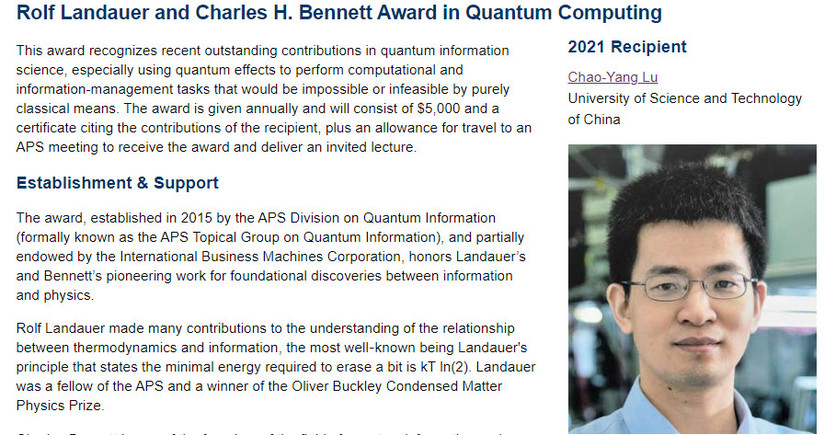 The great potential of quantum technology has been widely recognized. In recent years, quantum information science, which is called “ the second quantum revolution”, has been booming with strong support from the whole world and enormous funds pouring into this industry.

This award was named after two pioneering scientists in quantum information theory: one was Rolf Landauer, who initially put forward erasing the minimum power that one bit demands, and made great contributions in understanding the relations between thermodynamics and information. Another one is Charles H. Bennett, who first put forward reversible computing ideas, quantum key distribution as well as quantum teleportation with his partner. Charles H. Bennett has prepared the ground for quantum information theory and got Wolf Prize, Dirac Metal and Shannon Prize as rewards.

It is noteworthy that American Physical Society, founded in 1899, has been regarded as the largest non-profit physics organization, embracing over 50,000 members, publishing over 10 scientific periodicals and holding over 20 scientific meetings annually.