In the late afternoon of Apr. 27th, Tan Zongquan, which is the captain of the basketball team of School of Physical Sciences, held a basketball get-together game triumphantly with brothers on the basketball court near the middle school attached to USTC. 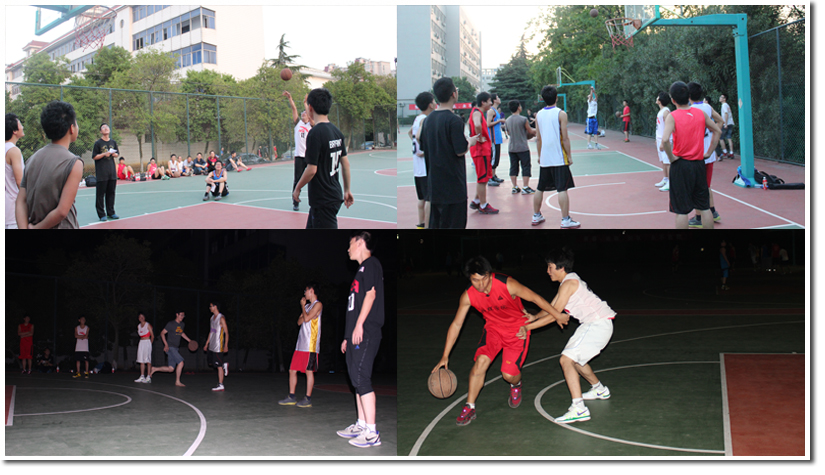 The game was composed of a variety of basketball events, exhibitions, and performances such as free throw, three-point shot, layup, skills challenge and solo challenge, which was something like the well-known All-Star Weekend held in NBA. Our players really enjoyed this evening and got to know much about each other. Through this game we can promote friendship and strengthen the team sense of cohesion. 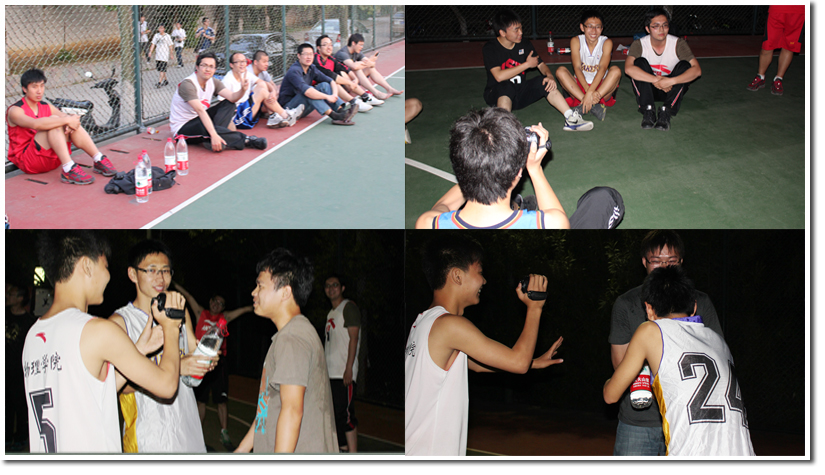 The audiences and players on the sidelines./Image by TAN Zongquan

The happiest part of this evening was layup that was based on your shoot action and was graded by five amateurish members. Different players had various performances and there were some actions that we never met before in the formal matches, which made us laugh now and then. At last, Ji Heng got the first name.

In the skills challenge, the fastest player, Ding Jia defeated others through his skillfully dribble and precise shoot. The last but not least, individual challenge appealed to all of us to join. After the fierce competition, Zhou Xuhui, the best inside player of our team, won the first prize actually in the particular barefoot case. 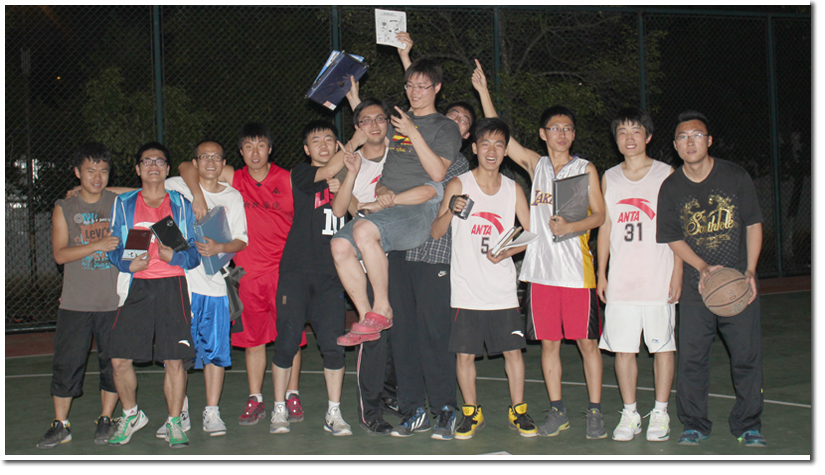 In the end, Captain Tan awarded some prizes to those winners among this game and had a group photo taken to mark the occasion. What a nice evening!